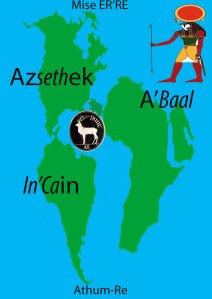 Here is the genealogy from Adam to Abraham, notice the names in red.

This genealogy was taken from the good news bible and for some reason is not the same on online biblical records.
This genealogy is repeated in Luke 3:38, which outlines the blood line from Jesus to God. In both cases Seth is mentioned as the son of Adam.

The Sons from Spain, Cyprus, and Rhodes clearly outline the migration of people’s from Western Europe and their stop in countries such as Egypt and Libya in Africa.
Also the name Ashkenaz in this passage refers to the Ashkenazi Jews who are said to descend from central and Eastern Europe and who are often associated with people who have red hair.
The bloodline that these nations have come from is Seth, as it is said in the bible that Noah and his wife being the only ones who survive after the flood come from Seths bloodline.
It is also worth noting that Noah backwards says haon, which is one in Irish and Noah would be considered the one and only man after the flood.
This blood line comes from Setanta in Ireland.
But this story goes back hundreds of millions of years, to a time when serpents were dominant on the earth and they had evolved into bird’s. Which is where the imagery for Kukulkan or Satan comes from. The feathered serpent must have migrated into Ireland and preserved his name and culture their under the names Cuchuilain or Sethanta. His fathers name was Lugh the God of light and this is where the name Lucifer comes from.
You can see the word set everywhere in the English language, as it has the most definitions. This clearly is an attempt by Seth to immortalise his name. Set theory is also a branch of mathematics which is regarded as the foundation of all other mathematical branches. So clearly this name Seth is everywhere from the English language, to the Egyptian God Seth, which the ancient Egyptians feared and revered so much, to mathematics, freemasonry and is where the name Set’tainte comes from in America meaning white bear and it refers to the ant bear or ardvark which Seth is so often associated with in ancient Egypt and also White ants, which termites are referred to as.

The sun also sets in the west, referring to the Aztek empire in the west and Aztek may also be where the name Setek comes from which means Seth in Hebrew.

The term Satya yuga in hindu and Sanskrit text may also be Setye yuga and it refers to the name Seth as the name for truth. Seth is the truth.

Hopi Indians also refer to God as grandfather and it is worth noting that according to the biblical genealogy, God is Seth’s grandfather and may give us a clue as to where this name has come from.

Saith is also interchangeable with the word Seth and often the two words mean the same thing. So when in the bible it says “so Saith the Lord” it is actually saying “so Seth the Lord” or Seth, Satan or Sethanta is the LORD of this world. 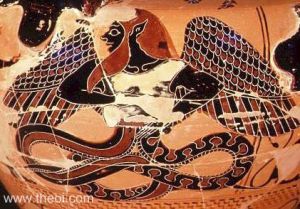 It is also worth noting that the red dragon is referred to as Drake in ancient mythology, and a drake is a duck, alluding to the point that Drake, the red dragon or the levithian is a reptile/ bird or feathered serpent, Kukulkan, Satan or Lucifer (Cuchuilain, Sethanta or Lugh).

So clearly this name Seth is everywhere.

View all posts by irishlinkssite